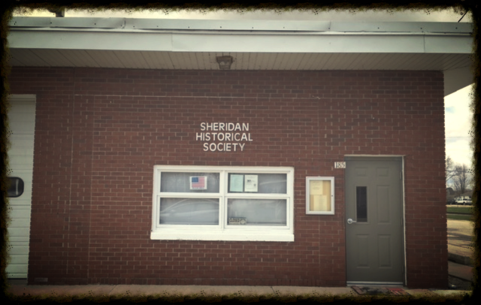 The Village of Sheridan was settled as early as 1833 when Robert Rowe and his wife settled on Section 5 and 8 in what is now Mission Township.  Prior to this, in 1826 Jesse Walker established a mission at the head of Mission Creek, just three miles from the present town of Sheridan.  He became the first white settler in what is now Mission Township.  In 1844 Mission Point was established with the vote for a President and Vice-President.  Mission Point became known as Rowes Station in 1863, the Rowe farm consisted of three houses.  Finally, in the summer of 1869 the village was platted and named Sheridan after General Phillip Sheridan.  The village plat was legally filed on July 4, 1870. On June 24, 1872, the town of Sheridan voted forty-five to one to incorporate under the Old Statute of the State of Illinois.  On June 29th of that same year, the first election of the Board of Trustees was held.  The town seal was adopted:  "Town Seal, Sheridan, Illinois.  Incorporated, June 29, 1872".


It is that time of year again when memberships are due.  Please fill out the Membership Form and mail it to the address at the bottom of the form.  We have some very interesting programs lined up for this year.  Be sure to check us out on Facebook. 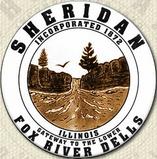 ​Catch us by appointment or by chance. We are proud of our new facility, please stop by and see us when we are there!